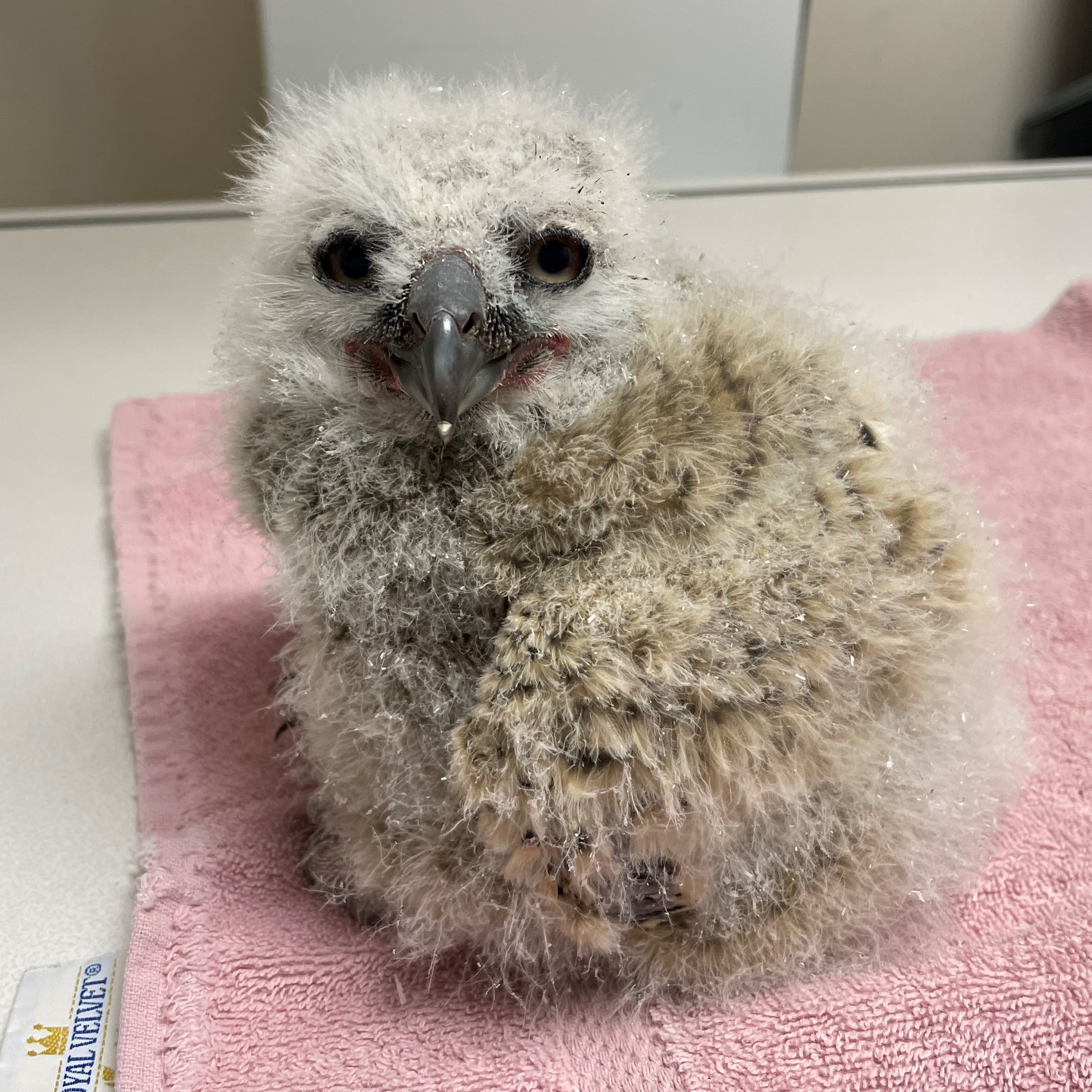 Each year, DCHS’s Wildlife Center receives over 6,000 phone calls from the public, with most of those calls coming in during the spring and summer. Why?

“It’s because animals are having and raising their babies, and a lot of times, those babies get in trouble,” says Sarah Karls, licensed wildlife rehabilitator at DCHS’s Wildlife Center. “They get into situations where they end up needing help.”

Luckily, not all of these young animals actually need help. Rather, the public calls to try to figure out if they should intervene. In some cases involving rabbits and squirrels, staff and volunteers can walk the caller through steps on how to help over the phone or email reuniting instructions.

“Usually, those are easier reunites because rabbit nests are on the ground and really easy to access,” Sarah explains. “With squirrels, the parent will take those babies up to the nest. So those are a lot easier. But with raptor reunites, you need some special skills.”

Raptor nests tend to be more challenging to reach because they are very high up in trees. “That’s why we have a dedicated program to help people help these animals,” Sarah says.

For the last three years, the raptor reunite program has teamed an experienced raptor volunteer or staff member from DCHS’s Wildlife Center with one or two local arborists to help get these nestling raptors back home.

Nestlings are young raptors that are still nest-bound and cannot stand or perch yet. “They are the ones we mostly work with for reunites, because they actually need to go up into that nest structure,” Sarah says.

When a finder calls DCHS’s Wildlife Center because they’ve found a nestling raptor, they are asked numerous questions, including where the raptor was found, if the nest location is known, whether the parents have been observed and when, as well as to submit photos of the scene and raptor.

“It just gives us a really good indication of how dangerous the situation might be, if we do need an arborist or if a ladder will suffice,” Sarah explains.

The finder is also asked to bring the nestling to DCHS’s Wildlife Center for physical and diagnostic tests to make sure there are no severe external or internal injuries. In most cases, the nestling has minor injuries and scrapes and can be reunited quickly with its family.

DCHS’s Wildlife Center staff then determine whether to move ahead with re-nesting or wild-fostering. Re-nesting is simply getting the raptor back into the nest with its original parents. But if they are unable to be reunited with that original family because the parents left the area or the tree is too dangerous for the arborist to climb, DCHS’s Wildlife Center will wild-foster the raptor with another family of the same species that has nestlings around the same age.

If the nest location is unknown, volunteers will be sent to the area where the nestling was found to search for the nest. The type of nest being searched for depends on the species of the nestling. For example, barred owls and Eastern screech owls nest in tree cavities, while great horned owls, Cooper’s hawks, and red-tailed hawks use nests in the branches of trees.

After finding the nest, DCHS’s Wildlife Center staff verify the parents have not abandoned the site. Once that verification is made, staff determine whether a new nest is needed. For instance, great horned owls don’t build their own nests, rather they use nests of other species that are sometimes too small or are falling apart and can’t support their babies well.

“Generally, when it comes to branch nests, we will replace it with a basket every time,” Sarah says. “There is a reason the babies fell out, and it’s really easy to just put a basket up there, and then we don’t have to worry about it. They hopefully won’t fall out again.”

As for cavity nests, they can be replaced with a box if the tree has been destroyed or it’s too small for the babies.

When an arborist climbs the tree, the parents are scared off for a bit. The arborist secures the baskets with twine, which should last for a few seasons. After the arborist is finished, volunteers remain on site to make sure the parents return.

“The majority of our reunites are successful, and the parents return within the hour,” Sarah says.

Watch an arborist reunite a nestling:

The Wildlife Center’s most common reunited species are great horned owls, as well as red-tailed hawks, barred owls, Eastern screech owls, and Cooper’s hawks. Staff may also use the program with American kestrels, turkey vultures, and American crows. While American crows are not raptors, they are at very high risk of imprinting, so staff want to get them back into the wild as soon as possible

If it seems like DCHS’s Wildlife Center puts more emphasis on reuniting healthy nestling raptors rather than admitting them into care, they are and for good reasons.

“It’s a lot of work to raise all these babies. So, if there are babies that don’t actually need help and can go back to their original parents, that is what we want to do,” Sarah says. “We have more space for other animals that really do need the help.”

Rehabilitating young raptors also comes with risks like habituation -- when wild animals become used to people and no longer fear them -- and imprinting – when a wild animal identifies itself as human and is no longer able to socialize or mate with its own species. “If they go back out with their original parents, we don’t have that problem,” Sarah says.

In addition, Sarah says, “Wild parents do a better job. Even if you have the best rehab center in the world, the wild parents are going to do things that we just can’t as people.” 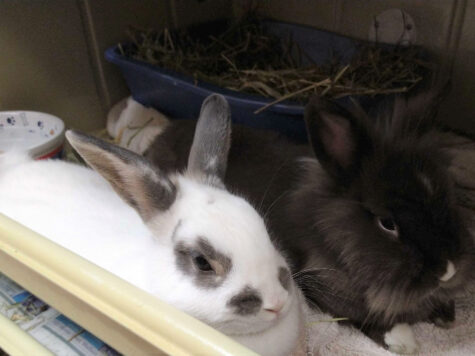