The Return of Chimney Swifts 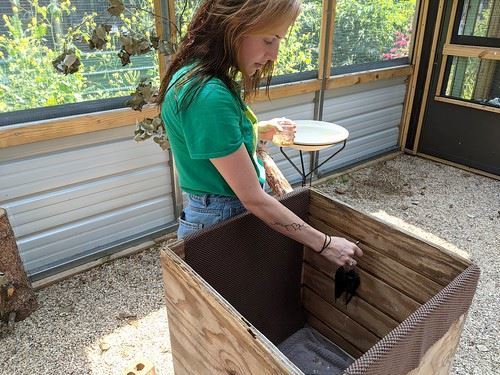 In previous years, DCHS’s Wildlife Center coordinated with another rehabilitation center that specialized in the care of swifts, as these birds’ husbandry is so unique. This year however, that center was unable to continue such specialized care, and the orphaned chimney swifts came to DCHS’s Wildlife Center instead. Our licensed rehabilitators networked with chimney swift experts around the country to create a care plan, which included feeding the birds every half-hour for twelve hours each day and utilizing a custom-made wooden chimney.

Chimney swift numbers have been in decline owing to the loss of their nesting habitat. Historically, they nested in old growth forests, but as those forests were cut down for development, swifts adapted to nesting in open masonry chimneys. But today’s modern chimneys are often lined with metal or other such materials, and these are not suitable for swifts to perch and nest on.

According to the Wisconsin Chimney Swift Working Group, “They don’t perch on branches or other horizontal surfaces, but have instead adapted to cling to the side of rough vertical surfaces (such as brick) with their long sharp claws. Ten stiff spines on the tips of their tail feathers help support them.” This means that open masonry chimneys, which were generally built from stone or brick and mortar, provide the rough surface swifts need to gain traction with their claws, while smooth surfaces like metal do not.

Chimney swifts most commonly come to DCHS’s Wildlife Center because of nest destruction from environmental damage, accidental chimney eviction (chimney capping or cleaning), and changes to dampers or stovepipes. The majority of the birds who come to DCHS’s Wildlife Center were rescued after falling from their nests with no options to put them back.

Watch the video to see how our licensed rehabilitators cared for the four swifts admitted this past July and ultimately released them back into the wild. 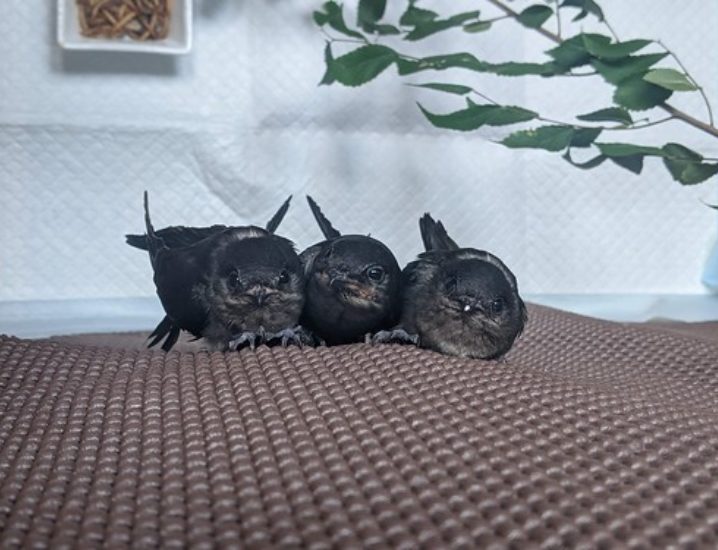 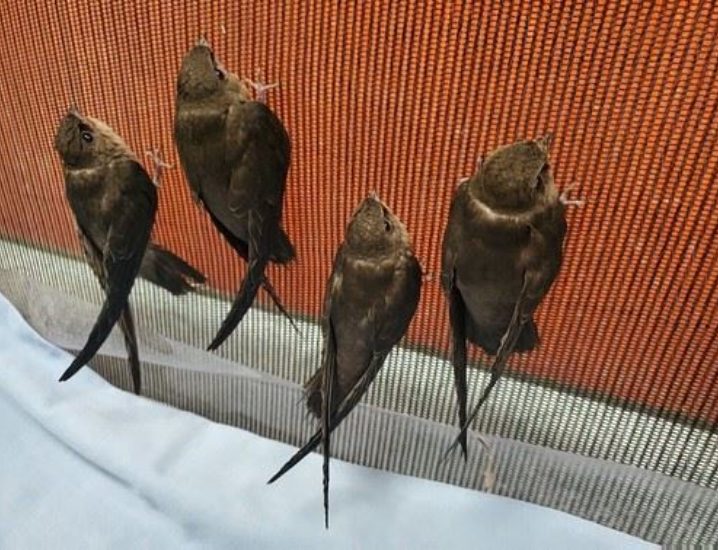