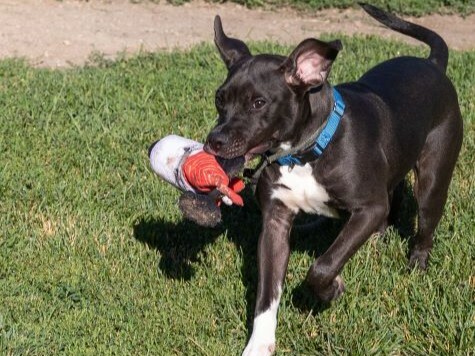 It started with pneumonia.

In mid-April, Zak, a young pitbull terrier mix, was brought back to Dane County Humane Society (DCHS) for an exam because he hadn’t been eating well in his new home and was having trouble standing. Our veterinarians examined him, took x-rays, and submitted samples to test for various respiratory diseases. They started him on antibiotics and other supportive care. The test came back positive for pneumonia.

It’s thanks to the incredible generosity of our community that DCHS has the resources to run diagnostics and provide necessary medical care. When you give this #GivingTuesday, you can DOUBLE your impact for sick and injured animals in need thanks to our generous matching gift challengers.

Just two weeks earlier, Zak and several other puppies had arrived at DCHS from an overcrowded southern shelter. Upon intake, they all appeared healthy other than some signs of kennel cough, a common illness. DCHS’s veterinary staff started them on treatment, and they were made available for adoption. After just a few days, each of them went home with a new family.

But then, an adopter reached out to DCHS to let us know their new puppy was diagnosed with pneumonia and subsequently hospitalized. Although we thought this was likely an isolated case, veterinary staff did their due diligence and examined the only puppy from the litter who was still at DCHS. That puppy appeared to be healthy.

Over the next few days, we received calls from several adopters: their puppies, all from the same transfer, were sick.

It started to seem less and less likely that the first puppy’s case of pneumonia had developed after leaving the shelter. We admitted many of the sick puppies, one of whom was Zak, for diagnostic testing and supportive care.

Then, we heard from our transfer partner. One of the dogs they had recently adopted out to a family in their area had tested positive for Canine Distemper Virus (CDV).

CDV, more commonly called distemper, is a viral disease that weakens the immune system and affects multiple organs across the respiratory, gastrointestinal, and central nervous systems. It also often causes secondary illnesses and infections – including, most severely, pneumonia.

Upon hearing the puppies may have been exposed to distemper at their previous shelter, veterinary staff quickly ran more tests on the puppies in our care, and we became more proactive in our outreach to adopters of dogs who had arrived from the previous two transfers from our transfer partner, offering diagnostic tests and supportive care to all of them.

Many adopters chose to keep their new pets, but a few, like Zak’s former family, returned their pets to DCHS. We quarantined the distemper-positive dogs, and DCHS veterinary staff gave them antibiotics for pneumonia and medications to help with their appetites and encourage hydration.

Distemper itself doesn’t have a cure. Its symptoms can be treated, and the best prevention is vaccination (which can be tricky with puppies).

The virus can also cause life-long neurological complications, like head tilts, muscle twitching, repetitive eye movements, and convulsions or chewing motions. It could even cause seizures, partial or full paralysis, or death. Tragically, several puppies couldn’t be saved despite everyone’s best efforts.

Understandably, our veterinarians were worried when Zak developed some neurologic signs overnight, although he was otherwise stable. His early signs were gum chewing and some face spasms, but veterinary staff worried these could become much worse.

But that wasn’t the only concern we had for Zak.

Because of the quarantine measures, Zak wasn’t getting as much attention and TLC as he might otherwise have, and we worried that he could have behavioral or temperamental issues if he wasn’t better socialized. Fortunately, a DCHS staff member was willing to foster Zak since she had no other dogs at home.

This one-on-one care is exactly what he needed to take a turn for the better.

Over the next week, Zak rested in his foster home and enjoyed the love and attention of his doting foster mom. His appetite improved, he kept his food down, his neurologic signs didn’t worsen, and he was breathing better.

He remained in foster care for the next two months while he continued to improve and we waited for the virus to clear his system. Finally, his tests came back negative. He had no new symptoms, and while he still sometimes showed “gum chewing” or had muscle twitches on his forehead, he didn’t develop new or worse symptoms, and his muscle twitches didn’t seem to bother him. Zak was ready for the next step towards his happy new beginning.

He was ready to find his new family.

Julia and her family had been looking for a dog for a few weeks when a friend suggested they visit DCHS.

“I went to look at available dogs and saw Zak and thought he was adorable,” says Julia. “I thought he would be adopted immediately. But every day that I checked the website, I kept seeing Zak. And I kept thinking, ‘Why is no one adopting this dog??’”

Whatever the reason, it soon became clear that Julia and her family were the ones for Zak, so they came to the shelter to meet him.

“We immediately fell in love with him, and he decided to come home with us,” Julia adds.

During the adoption look, their counselor explained Zak’s unique situation and some of the neurologic signs the family could expect and should continue to monitor, even though the symptoms didn’t bother him anymore.

“The adoption counselor was right,” Julia says, “his little ‘chewing’ tick doesn’t bother him at all! In fact, it helps him grip big toys better.”

Julia and her family took Zak home, and they’ve since renamed him Vito.

“He is the happiest dog who absolutely LOVES being pet, running around in the backyard, and thrashing his toys around,” says Julia. “He is incredibly smart, too. He understands everything we say. He’s very sweet to everyone he meets.

“We are so grateful to Dane County Humane Society for bringing him back to health and taking the absolute best care of him. We thank the staff for showing him the love and patience that has allowed him to blossom into his beautiful, goofy self.”

Your incredible generosity allows DCHS to address the needs of any animal who comes through our doors and give them their best chance to find a new loving home. Give today and DOUBLE your impact up to $28,500 thanks to our generous matching gift challengers: Bob Bartholomew, Deb Walton, Clay Rehm and Giannina Milani-Rehm, Joyce & David V.G., and the Pamela B. Phillips Memorial Gift. 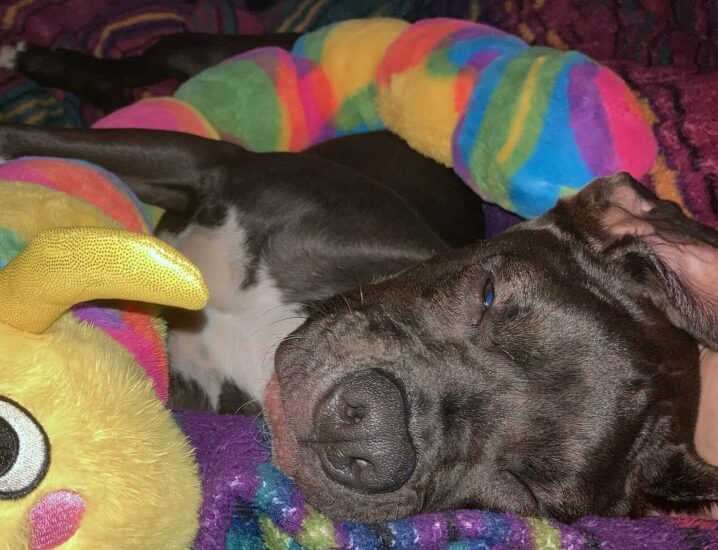 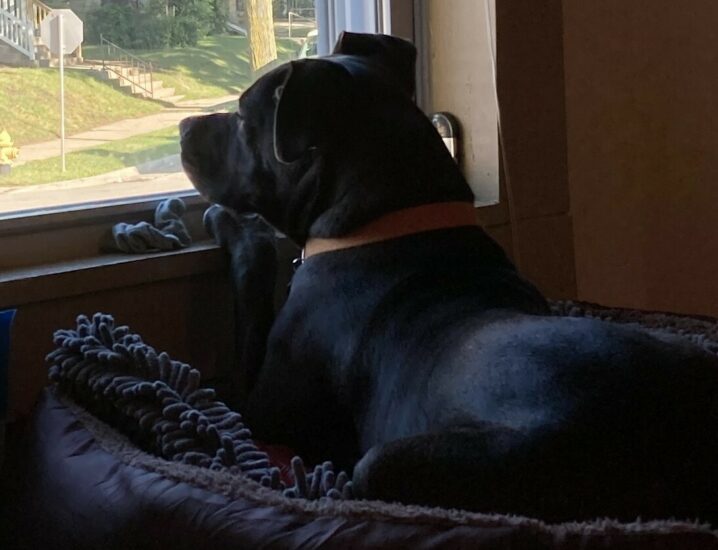 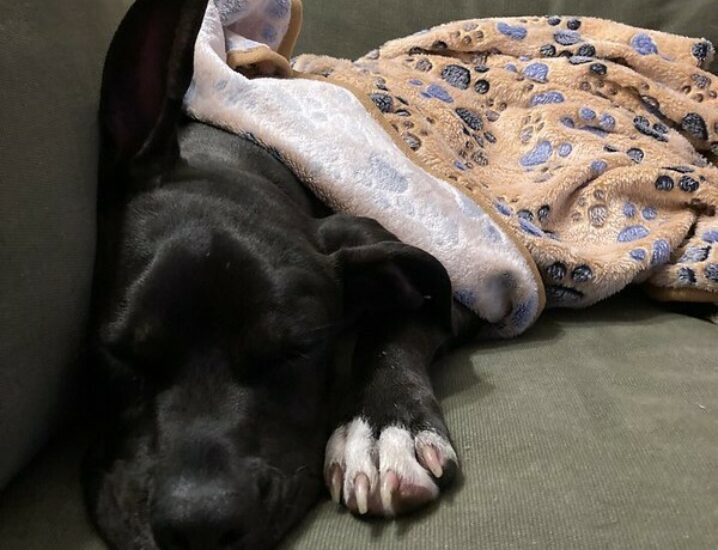