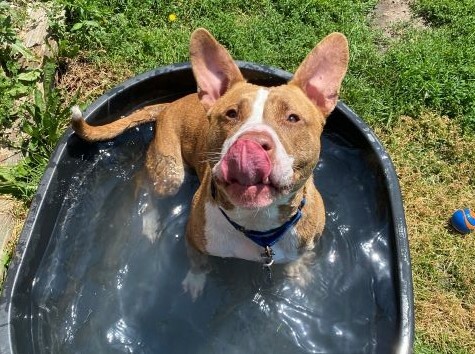 For some animals, it takes days. Others, weeks. For some, it could even take a month. But the length of time doesn’t matter. Because of supporters like you, they have a place with us for however long it takes to find their new family.

For Cannoli, it took nearly a year.

Dane County Humane Society (DCHS) has been adoption guarantee for ten years and counting. This means we guarantee that all healthy companion animals or those with treatable or manageable medical and/or behavioral conditions can stay with us for as long as it takes to find their new home.

When you give by December 31st, you can double your impact for animals in our care thanks to a generous matching gift from the Don and Marilyn Anderson Foundation.

When he arrived at DCHS in November 2021, Cannoli, a pit bull terrier mix, could barely stand or walk. After being left in a crate at an abandoned apartment, he was underweight, dehydrated, hypothermic, and covered in sores and open wounds. Our veterinary staff gently carried him inside, started warming him up, and gave him fluids and medications. After a week of extensive care in the shelter, Cannoli was stable enough to move to a foster home to continue his recovery.

He needed a lot from his loving foster parents. He took the bandage changes of his most severe injuries like a pro, and he even tolerated daily foot soaks that helped his sore paws. Cannoli visited our veterinarians weekly with his fosters to make sure he was healing well.

The more they got to know him, the more his fosters adored him! Cannoli was incredibly friendly and very gentle with people. He loved playing with other dogs. The rambunctious pup had a boundless zest for life. When he wasn’t playing, eating, or sleeping, he wandered the house in search of snuggles.

In February of this year, Cannoli had healed enough that he was ready to find his new home. Over the following months, he was adopted a few times. But as much as those families wanted to give exuberant Cannoli the very best life, he struggled to settle into his new surroundings and was returned each time.

Cannoli waited and waited for the right person to walk by his kennel. To keep him engaged, staff and volunteers took him on walks and organized playgroups with other dogs. They took him on field trips away from the shelter. But he really needed that special someone to come along to give him everything he needed.

That someone was James Cook.

A line cook and baker, James always figured he’d have a pet named after food. Yet, even with his perfect name, Cannoli wasn’t at the top of James’s list when he came to meet adoptable dogs.

“But when I saw him in his kennel, there was just this immediate connection, and I knew I had to meet him,” James says.

After meeting with an adoption counselor and learning about Cannoli’s needs, James finally got to meet this special dog and spend some time getting to know him.

“There was a moment,” James remembers, “when he just barreled his giant head into my arms and licked my face, and I knew I had to take him home with me.” 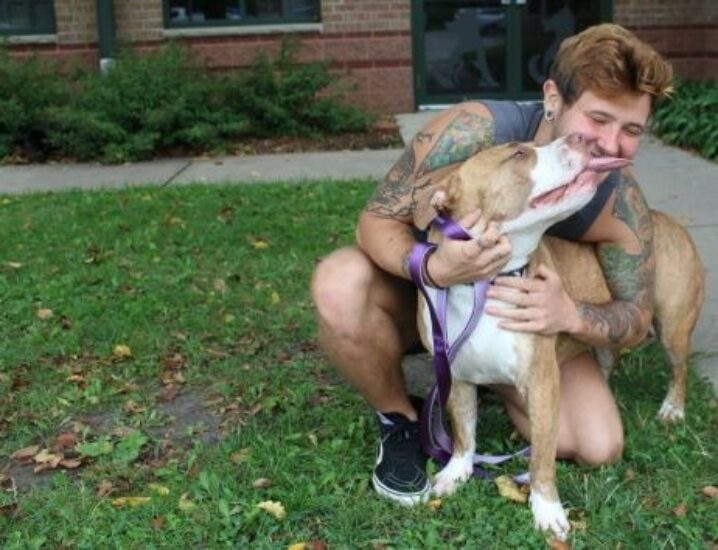 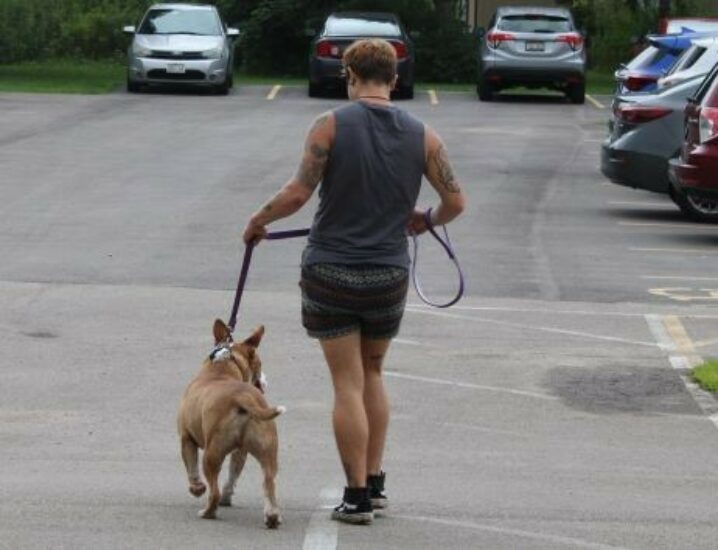 This time, the match was a delicious pairing. James and Cannoli went home together on August 14th, and they’ve been thriving since.

“Cannoli still has tons of puppy energy, so we try to get in a big, long walk every day and spend as much time at the dog park as possible,” James says. “He loves playing with other dogs, and he’s on a personal mission to catch a squirrel! At home, he’ll follow me around until I settle, and then he’ll happily spend hours snoozing on the couch next to me.”

It took Cannoli 269 days to find James so they could start their happy new beginning. It’s thanks to incredible supporters like you that DCHS could provide Cannoli with healing, shelter, and care until then. 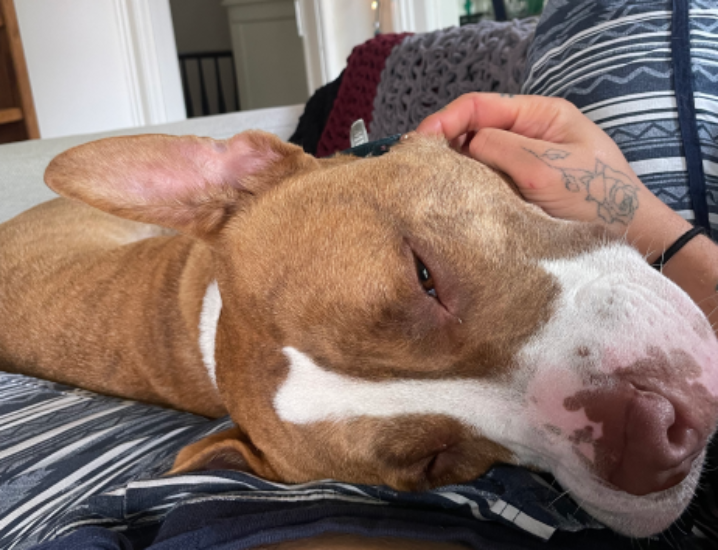 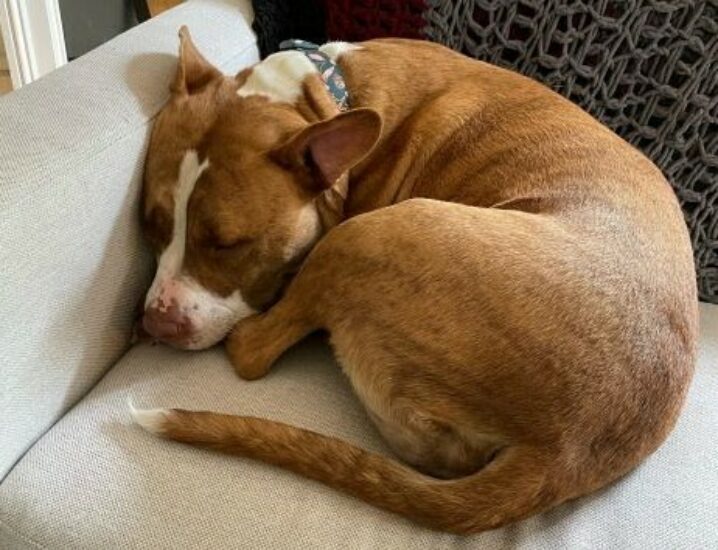